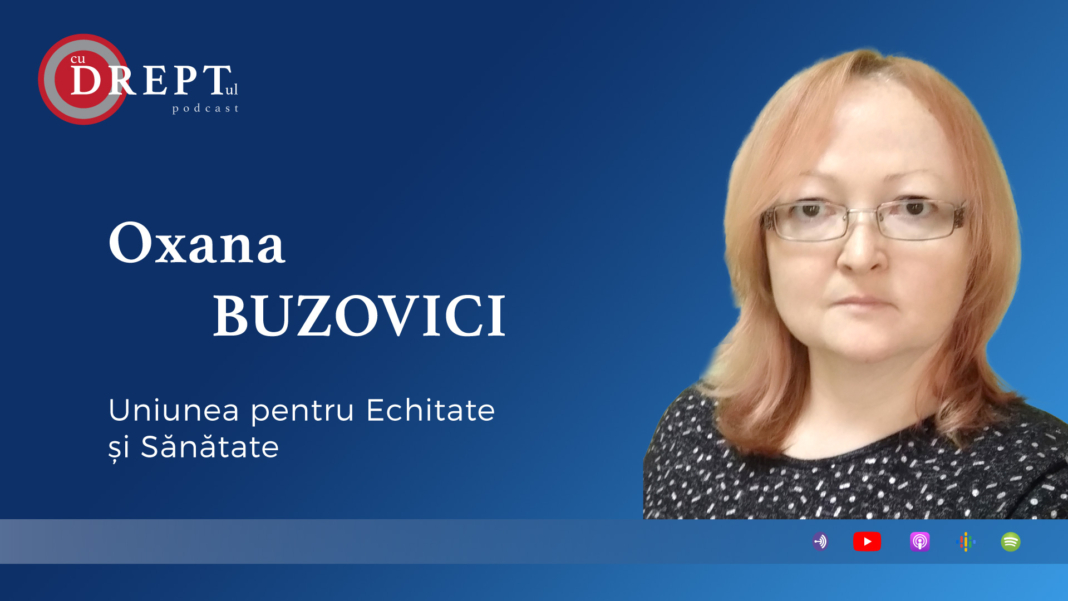 Who specialized paralegals and their beneficiaries are, what challenges they face as well as what changes one can see after four years of their activity, we are discussing with the person who coordinates their work, Oxana Buzovici, from the Union for Equity and Health.

Paralegals are professionals trained to provide primary legal aid to people in the communities in which they live, most of whom are rural. In this connection, community means locality, which is completely different for specialized paralegals, where community means a specific group of people.

The Bălți-based Union for Equity and Health, formerly known as the Union for HIV Prevention and Harm Reduction, has been working for many years with one of the most vulnerable and marginalized groups in the Republic of Moldova, people living with HIV/AIDS, drug users, commercial sex workers, and former prisoners. Their beneficiaries also face many restrictions on their rights and access to justice. The idea of paralegals coming from within such groups, who would know the specifics of these people, have access to them, but also enjoy their trust, seemed a good idea to test. After four years, those involved say this is a solution which works indeed.

At present, there are 17 active specialized paralegals – an experimental network created within a pilot project carried out by the Union for Equity and Health in Bălți in partnership with the National Council for State Guaranteed Legal Aid (NCSGLA), with the support of Soros Foundation Moldova.

Oxana Buzovici: It matters to us that the person who is a specialized paralegal has direct contact with people from the community affected by HIV. This includes people living with HIV and drug-users. We need to have messengers especially in these communities, and this can be people who come from these communities. Our team currently includes 17 people – we have five representatives in Bălți, two people in Cahul, around eight people in Chisinau, and two people who are now part of our team in Falesti. We have tried to cover several types of categories: we have people who work only with the communities of people living with HIV; we have people who only work with drug users; we have people who mix groups i.e. have access to sex workers, sex workers who are also HIV positive or currently using drugs. There is a difference here that we must mention.

This is a pilot project; the paralegals, according to the Moldovan legislation, are selected and must have a university degree in any field or a law degree. In the case of our paralegals, you realize they are people from the community, they are representatives of drug users, some of them are even former drug users or sex workers, or people currently living with HIV. Most of them are people with secondary education, and some of them have not even finished secondary school.

In this connection, there have been many discussions with the National Council to try to see how paralegals lacking a university degree engage and truly become paralegals. We then established that it was important for the paralegals to receive specific training as a paralegal. The groups we work with are, in particular, vulnerable groups, hidden groups, so to speak, who have more specific questions, for example, about detention, about the legal amounts of drugs they may possibly have on them for use. They will only address people they trust, whom they know, and will be open to communicating very specifically the issue they face namely with people in their community or people they know have provided such assistance to other representatives in the community.

Cu DREPTul: Since we are talking about this group of beneficiaries you work with, how vulnerable are they in terms of access to justice?

Oxana Buzovici: I think their vulnerability, first of all, comes from the fact that some of them do not even realize there are situations in which their rights are being violated. Through the paralegals, they find out what their rights are, in which specific situation their right has been violated, what the violation is about, and what is to be done. This would be one – ignorance, so to speak, secondly – the fact that they are not ready to address these issues to outsiders. Because there had been no specialized paralegals until then, many issues were silenced or if heard or said, there were very few cases that reached the lawyer of Promo-LEX or IDOM. We are seeing an increase in the complaints of rights violations, especially in the field of health and social care. Here I am referring to the rights of the patient and the rights of the person requesting specialized care, such as, for example, support from the state, social support. Beneficiaries need support in preparing all documents and understanding which documents may or may not be submitted, or better not be submitted, as it is a private data breach, so it is not necessary to submit them; discrimination or breach of privacy, sharing private data information. In particular, I’m referring to the status of a HIV-positive person or of a drug addict. Initially, there were many cases related to the fact that a doctor could share private information about a patient with the police, at the latter’s request.

Already along the way, due to the involvement of paralegals, the police even got involved in communicating with the doctors who had provided such data and said it was a legislation breach and very concretely named the legal provisions that were violated and, subsequently, we have had fewer and fewer complaints from the beneficiaries.

Cu DREPTul: To what extent does it remain a challenge or is it a challenge that the beneficiaries are still more reluctant to complain even in case of simpler, and not necessarily most acute, problems?

Oxana Buzovici: The challenge here is that the beneficiary is not ready to go all the way in solving the problem. We have had many cases when we have clearly fixed a violation of rights, we have structures that can be involved in solving such a situation, lawyers, stakeholders to reveal such cases at the country level and solve them. The beneficiary, however, does not want to do this, they do not want to leave their comfort zone, they are not ready to open their face in front of an entire country and say, “Yes, I am an HIV positive person and my rights have now been violated.” They say, “I want you to fix it but without my direct involvement.” The challenge here is to find a solution and change this systemic problem – it relates to a system – it is the behavior of doctors or people working in the medical field. I am also referring to the nurses or workers who are in the hall and may have heard the information and pass it on. Systemic intervention is needed here and we are currently looking into the possibilities of resolving such cases through NGOs that track such situations and through law enforcement organizations that are ready to work with a number of recorded cases, to deal with them as a joint complaint, without presenting a specific person.

Cu DREPTul: To what extent can we say that things have changed in the last ten years?

Oxana Buzovici: We have had a very long experience of communicating with law enforcement, especially with police inspectorates and police officers who were involved and came to the narcologist’s office to detect drug users who came there to receive opioid substitution treatment. At present, if making a review, a scan of the last five years, including this period since we have had the paralegals, this situation has substantially changed. Police have become the people who, together with the paralegal, go to the regions and find vulnerable families, where the police officer is not involved, the paralegal communicates with the person, including suggests to them to access certain services, to test for HIV, hepatitis, tuberculosis. Thanks to such collaboration, we have had situations right this year when we found people with whom we had not interacted as an organization but thanks to the collaboration of paralegals, workers in the organization and the police, we have found HIV positive people among the vulnerable people.

Cu DREPTul: How do you explain it, how has this change in behavior taken place?

Oxana Buzovici: I think this has a lot to do with the changes that have taken place at the structural level of the General Police Inspectorate or generally with the strategy on which their work is based and the desire to become closer to the community as police officers. I think this and the active communication of the organization with the law enforcement bodies have gradually led to this change. Communicating with police and explaining the perspective of communities, involving people from the community to talk about such issues gradually makes changes in the perception of police, of our groups, including in the law, in the anti-drug strategy that is currently under development. This improves the work of the police. It is this fact that has gradually led to these changes and to the possibility of having police officers come to us today. Initially they came and said, “I need information about this gentleman, give me his address where I could find him”. Now they come and say, “Let us go together, we have planned a visit for tomorrow and let us go and talk with these people, and maybe you could offer them your services.” Or, a more recent activity that has re-emerged from a local need is when the police walk the streets with the paralegals and look for inscriptions of online drug stores, especially for new synthetic drugs, which affect young people. They cover such inscriptions and communicate with the population, telling them about such inscriptions and their risks, and whom to contact if they have noticed them.

Police tendencies have greatly changed and they understand very much that they have to focus on identifying those who sell them, not on those who use them.

Cu DREPTul: Do doctors have another category of specialists, probably just as important?

Oxana Buzovici: Further, most of the requests and law breaches are in this field and that’s why we have started to actively communicate and talk about such situations. We, as an organization, strive hard to find outside support to keep the work of paralegals going, to make it more efficient. However, if there is no funding and if the state still does not make this change in legislation and does not accept the need for this specialized paralegal work, there will be then a high risk that, due to lack of funding, we would not be able to further provide such a service. And we realize that we, as a structure, as an organization that coordinates such groups, try to keep everything in our focus, so that to ensure the continuation of the service, but at the same time we are still looking into the possibilities of having the state take over these services, at least gradually. 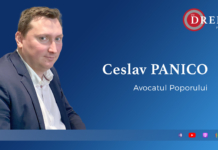 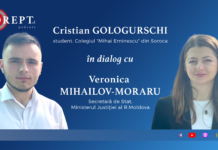 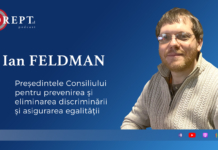 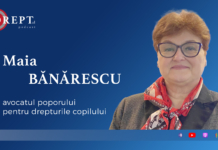 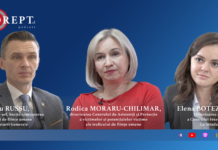